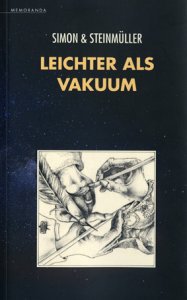 “It’s history, but not as we knew it”, would Captain Kirk comment. We believe to know history, but what historians describe is full of gaps and disturbed by societal filters. Since more than thirty years, Simon Zwystein is engaged in closing gaps in official historiography. He collects rare and irritating documents that fell into his hands mostly by pure chance. Regularly he discovers links and connections that have escaped the attention of others and that shed new light on pivotal ages of history.

Zwystein’s most prominent achievement is most probably the rediscovery of a German SF novella, allegedly first published in the US in 1909. This story “The Ultimate Voyage” could have given, as Zwystein supposes, a decisive head start for the development of SF – if it had reached sufficient circulation at its time.

If not otherwise indicated, all texts are collaborations of Erik Simon and A. & K. Steinmüller.