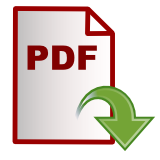 Information about presentations of Karlheinz Steinmueller: Vortragsangebot (910 KB, in German)

The concept of Wild Cards is introduced in a short paper and in a presentation on wild cards for Europe, originally given at a seminar of Nordregio at Stockholm in March 2003: The Future as Wild Card (38 KB) Wild Cards for Europe (715 KB).

A more comprehensive presentation of the wild card concept was given at the FutureScene Conference of the Global Future Forum in July 2004: Wild Cards - What Makes Them Important? (1.4 MB)

Z_punkt is much engaged in corporate foresight. Some of the experiences and ideas on innovation are presented in two paper:

In earlier years, Steinmueller did some research into the history of science. In an otherwise still unpublished paper he tries to trace back supposed sources of Albert Einstein's political convictions Einstein and the Movement for Ethical Culture (42 KB)