(The Dream Master. A Speranian Novel) 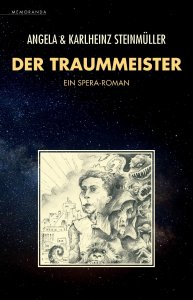 Miscara, the city beyond the desert, at the foot of the Dragon Mountains, was once a flourishing place of culture and trade. Its dream masters attracted travelers from all parts of the world. But Miscara has lost its vitality. Certainly, its citizens are as industrious as in earlier times, but they have unlearned dreaming and no master is guiding and inspiring them. Moreover, Miscara is falling prey to catastrophic dust storms coming down form the ore mines in the mountains.

One day, a stranger appears. He has the faculty to dream! Immediately he is invited to the Dream Tower, from where the dreams are sent over the city. The City Council has its plans with him. He shall dream of industrious workers and brave soldiers and lavish celebrations. But Kilean, that is his name, is unbounding Mittal, the Empire of Images and Shadows, full of elemental forces, to where everything has sunk that the Micarians had suppressed since decades ...

The book includes a new postface to the novel “On the Road to the World of Dreams”. The authors describe their experiences with dreams and dream theory from Synesius of Cyrenaica to the present, they talk about how they developed the dream world Mittal, and they make a strong case in favour of the anarchic and utopian power of dreams.