Excursions in the Fictionesian Archipelago

The history of science fiction is full of surprises. On our excursions deep into the older realm of SF we discovered time travelling vehicles long before Wells’ time machine, we encountered language reformers who wanted to get rid of “my” and “your”. We met bizarre beasts, inhabitants with outlandish manners, landscapes full of wonders – and suddenly you run into a doomsday machine. Admittedly, such devices exist also here in our home country, called reality. There, in the fictionesian archipelago you meet mad scientists who shrink themselves to fight bacteria with swords. You happen to fall into a time-stream where the Roman Empire has not fallen, at least not in the way we recall it from school. And then, out of the blue, the island of Atlantis appears – submerged ages ago, lost forever – and forever on the verge of re-emergence. 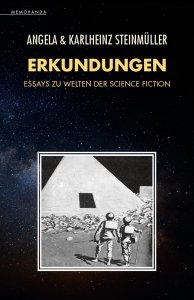