Work is one of the pivotal themes of futures studies since its beginnings: Reduction of working hours, employment models, services as the new, most important industrial sector, return of the artisans, gig work … - to mention just some of the topics. The future of work became even more discussed after the ominous study of Fry and Osborne some years ago that predicted a loss of half of all jobs in the next decades. One of the most ambitious recent studies is Future Work. Work at the transition to the 22nd century. The project team developed four scenarios “Automation”, “Post-Growth”, “Downwards spiral”, and “AI-Technocracy” – and they invited SF writers to give these abstract scenarios their narrative interpretation. Lars Schmeink and Ralf H. Schneider edited these stories-to-scenarios in a German-language volume Future Work. Die Arbeit von Übermorgen. Karlheinz Steinmüller contributed a short story “Sind sie Sklaven? Aus dem Leben in Kybernetien” (Are they slaves? Life in the country of cybernetia). 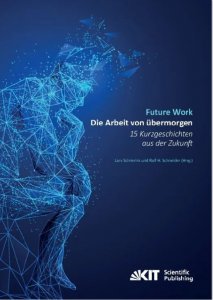