The first volume of Steinmüller essays appeared in August 2021. Its title “Streifzüge” translates as forages into the history of science fiction. These expeditions into fantastic pasts cover more than three centuries: from utopian voyages in the late 17th century to alternative histories of the present times. You will find the first end of the world, bat-winged inhabitants of the moon and a cursed Russian (or, more precisely, soviet) city. More information at Streifzüge and - in German language - at Memoranda. 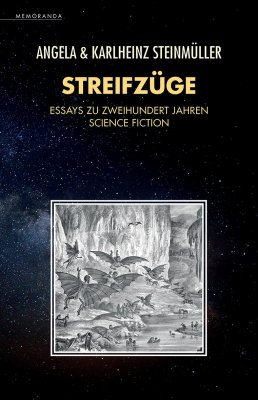